Siddhartha travelled near and far to find the solution. Finally he sat down under a Bodhi tree to meditate. 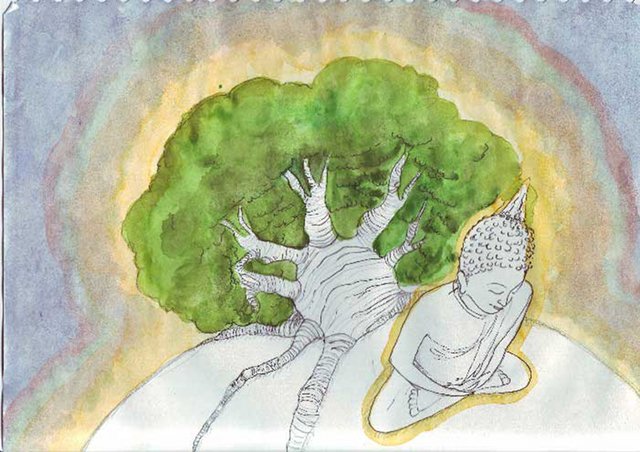 My favorite Barista Sharon and I are working on a book for little children. As a youngling I had plenty of Christian piture books with Jesus, Moses, Stephanus, St. Martin and other biblical figures. When looking at Buddhist books, you will find mostly literature that starts at the age of 10 to 12 rather than picture books or early readers. So we decided to change that. The text has been finished for a while and finally Sharon's creativity is filling the words with pictures. I'm exited.