Long gone, but not forgotten 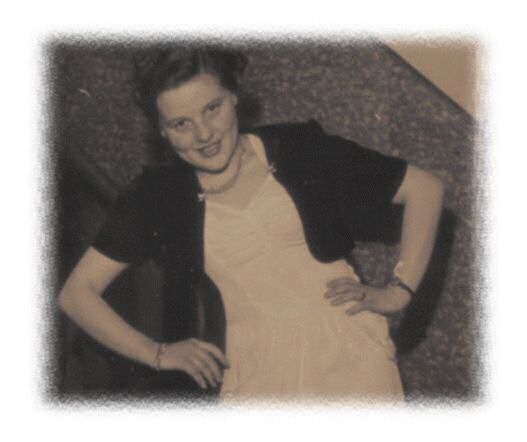 Happy Halloween! ... and where it came from!

Our American friends celebrate Halloween tonight and have successfully (re)exported that festival throughout the globe. Tracing the history of it is very interesting. On a first view it is the mutation/continuation of the Christian "All Hallowed Evening". A celebration to commemorate the saints (hallow=germanic, in German it is heilig = saint) and all passed away relatives.
It was the pope Gregor IV who installed that day on the first of November (and a second one "all souls day" a day after) as early as 837. During this time the usual strategy of the church (then a young and expanding organisation) was to not only Christianize people but also their customs. This had the clear advantage, that the new born Christians didn't need to get used to a new festival season (Christmas and Easter are two other examples of that strategy). But we all know if a pendulum swings in one direction, it will swing back.
Read more

Ramadan for one day

A lot of my friends are Muslim. For them currently it is the middle of Ramadan, the holy month of fasting. To increase our intercultural understanding my Rotary club decided to join our friends on a day of fasting. It began 4am in the morning with a joint breakfast at Serangoon Road. For the rest of the day we didn't eat or drink anything. Our friends explained, that the rule is "nothing should enter though the natural openings of the body" (of course that doesn't cover breathing). So smoking and sex are out too. At 6:51pm, a time determined by the clerics, we then did break fast in the traditional way of eating dates and drinking tea.
While not eating was easy to cope with, not being able to drink even water was quite a challenge for me. With this first-hand experience I now can understand how time slows down during Ramadan.
Read more

I started to use Del.icio.us to share bookmarks. I like the ease of posting and the cross reference.
Happy sharing!

Following the discussion about bandwidth consumption I decided to hand over my news feed to Feedburner. So please update your Blog readers and point my news feed to http://feeds.feedburner.com/Wisselnet

I made it to the front page of our local newspaper

Take out our magnifying glasses <g>. Last Sunday I went to the ground breaking ceremony of an archeological project in Singapore. As part of the ceremony they made the British High Commissioner work physically. Since seeing a diplomat work is more unlikely than hitting the jackpot, I took a closer look and ended up on the official photo on the Strait Times (our leading local newspaper). Who can spot me? 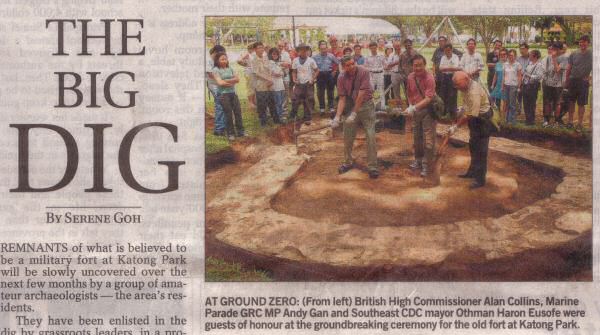 If you can't make sense of the abbreviations in the headline, you are in good company. They are the current buzzwords in the electronic industry. It is not about the latest protocol or gadget, it's about the new regulations regarding electronic goods and electronic waste. In a nutshell: Manufacturers must not use lead or other hazardous substances in production. The final owner of the product before it enters the market (a.k.a. the brand) is responsible for compliance. It also means, that manufacturers have to pay for disposal of their goods.
We have a speaking slot on a conference in SG on 22nd and also present UMsys in our booth.
[IMAGE]

No Mr. President, I will not re-elect you!

The US election has some funny twists. Even spammers take advantage of the race between Bush and Kerry. Got SPAM from presidentialdeck.com today. They make use of a tracking service when you click on that image: http://www.myreferer.com/

The face on the image (I sized it down 4 times and added the red circle) looks rather "d?mmlich" (Sorry don't know the appropriate American word) to me. The mail claims I have opted in to receive it and it claims to be in compliance with the CAN-SPAM ACT. How does it come then that:
a) I never opted in
b) the sender is fake. The domain belongs to a Swedish IT service provider, who for sure is not involved in the presidential election
c) The email originated from a Hong Kong provider: "Received: from expert.com.hk ([64.57.203.132]) .... Tue, 12 Oct 2004 23:23:11 +0200

NO Mr. President, I will not re-elect you!

My friend Sachiko Hirata has released her very first book. Together with two colleagues she is covering the Sun Java Studio Creator. Congratulations Sachiko! In case your Japanese is as patchy as mine, try babelfish's help.

It is amazing how some business behaviours are universal all over the planet. We all know how well Indian private companies are repudiated for their IT (offshoring) skills. However the public sector seems to follow the same "fate" as in other places. The Hindu Business Line reports, that Mumbai Customs has screwed up their EDI project. Welcome to the club. Currently the Germans seem to lead the club with "Toll Collect", "Harz IV" and "Gesundheitskarte".
Can somebody dispatch some experts from Bangalore to Mumbai (or Bombay as it was called long before)?

Seems like the messaging war between Domino and Exchange has got a new high profile twist. David Gewirtz, Editor in chief has just published his " Thirteen days in Exchange Hell". Read for yourself. Looks like the entanglement of your messaging server into your operating system and a multitude of dependencies can turn into a nightmare. Does he look here now?

Microsoft Singapore invited me to have lunch today with Jay Roxe and Matthew Gertz. They are responsible for VB.NET 2005. We lunched at the Conrad Hotel in a small group of just 12 people. Matthew and Jay where very eager to hear and learn, what their customers expect in the next release of their products.
While you may might dismiss this a M$ style marketing stunt, I hat the very clear impression that they REALLY care! What a refreshing difference from the usual "dark empire" stuff we read about Microsoft. (Being the Lotus Domino expert it was my role to represent a dark empire then <vbg>).
We touched a lot of interesting topics. Two I'd like to highlight. Did you ever wonder why in .net everything is an object, straight forward, no brainer, simple rules? Or why Ctype() does a lot of checking to make your life really simple? Well Jay did that -- after he was lecturing at Singapore's NUS for a year (make your own conclusions).
The second: Matthew raised an interesting question for the future direction of development environments (VS 2005 will feature hints how to correct coding errors borrowing the technology from Word's grammar check -- and the idea from Eclipse (?)). His point of view, which I second, is that code alone (as seen in notepad) doesn't tell you the story any more. Besides code there is increasingly META data (coming from your UML tool, your code history, requirement analysis) that is as important as your programming statements. So he is thinking to add additional files hosting meta data or merging code into a big (XML based) meta data file.
And then he very briefly lifted the cover what they are playing with (eventually I get shot for that): Why is there a distinction between code and layout? Couldn't you edit code like you edit a word document? You would write code and have your form visible as graphic like you embed a graphic in a word file; your code that talks Web Service or ADO.NET is represented as a diagram; little boxes with comments (like the Word 'trace changes" function) point todo's, comments, implementation hints to the exact code position. Think rich composite document. Of course you could switch between textual and graphical representation for each block. Normal code could e.g. be displayed as a flow diagram (I you need that for your documentation today, check out Visustin). I think this done well will boost productivity double digit.
I'd love to see that side of Microsoft more often.

Not your Mom's Yahoo anymore... what CSS can do.

Yahoo is moving to a version of their portal. This is an important step in promoting web standards. I showed the beta page to a number of clients with CSS switched off to teach them about structure and to get all the aahhh and oohh, once it is switched back on: